Queensland’s biggest town and state capital, Brisbane has an attractive, manicured image based around its riverside aesthetic as well as the contrast between its high-rise center and extensive urban greenery.

You'll get in some beach time at Burleigh Heads Beach and Coolangatta Beach. Get in touch with nature at Lone Pine Koala Sanctuary and Tropical Fruit World. Get out of town with these interesting Brisbane side-trips: David Fleay Wildlife Park (in West Burleigh), Coolangatta (Kirra Beach & Greenmount Beach) and Surfers Paradise (Sling Shot & Vomatron Amusement Rides Gold Coast & Infinity Attraction). Next up on the itinerary: hike along Cape Byron Walking Track, ponder the world of politics at City Hall, kick your exploration up a notch at some of the top local zipline courses and adventure parks, and explore the striking landscape of Burleigh Head National Park.

For ratings, more things to do, traveler tips, and other tourist information, use the Brisbane online trip maker.

Things to do in Brisbane 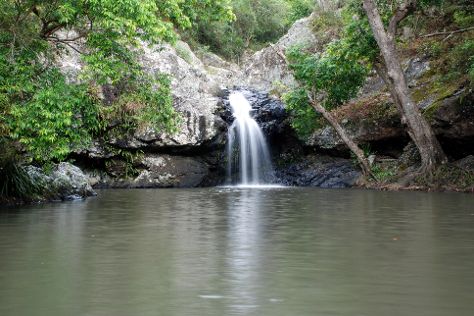 A large influx of people searching for a cooperative lifestyle migrate to Maleny every year.

Start off your visit on the 29th (Mon): make a splash at Thrill Hill Waterslide, experience rural life at Maleny Dairies, then hike along Mary Cairncross Scenic Reserve, and finally take in the dramatic scenery at Gardners Falls. Keep things going the next day: explore the striking landscape of Kondalilla National Park and then admire the sheer force of Kondalilla Falls.

For photos, reviews, where to stay, and tourist information, go to the Maleny planner.

Getting from Brisbane to Maleny by car takes about 1.5 hours. Other options: do a combination of train and bus; or take a bus. In March, daytime highs in Maleny are 32°C, while nighttime lows are 23°C. Wrap up your sightseeing on the 30th (Tue) to allow time to drive to Noosa.
more less

Things to do in Maleny

Known for its "green" development and north-facing beach, Noosa is a natural getaway.

Kids will enjoy Mooloolaba Beach and Kings Beach. Eschew the tourist crowds and head to Noosa River and Peregian Beach. You'll find plenty of places to visit near Noosa: Caloundra (Moffat Beach & Bulcock Beach), Mooloolaba (Point Cartwright & Scuba & Snorkeling) and Coolum Beach (Stumers Creek & Mount Coolum). Next up on the itinerary: kick back and relax at Marcoola Beach, stroll through Maroochydore Beach, browse the eclectic array of goods at The Original Eumundi Markets, and get a taste of the local shopping with Underground Surf.

For maps, ratings, photos, and other tourist information, you can read our Noosa holiday planner.

Traveling by car from Maleny to Noosa takes 1.5 hours. Alternatively, you can take a bus; or do a combination of bus and train. Finish your sightseeing early on the 6th (Tue) so you can travel to Sydney.
more less

Things to do in Noosa 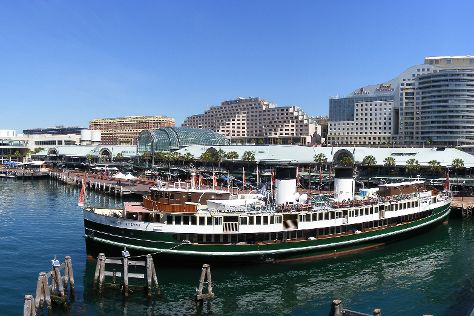 To see more things to do, maps, and other tourist information, you can read our Sydney trip planner.

Traveling by flight from Noosa to Sydney takes 6 hours. Alternatively, you can drive; or take a bus. April in Sydney sees daily highs of 26°C and lows of 17°C at night. Wrap up your sightseeing on the 20th (Tue) to allow time to travel to Melbourne.
more less 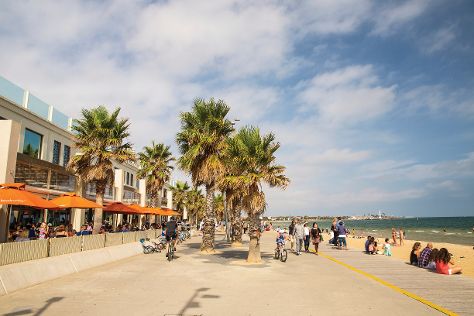 To see maps, where to stay, photos, and other tourist information, refer to the Melbourne holiday planner.

Traveling by flight from Sydney to Melbourne takes 4 hours. Alternatively, you can drive; or take a train. Plan for slightly colder temperatures traveling from Sydney in April, with highs in Melbourne at 23°C and lows at 11°C. Finish your sightseeing early on the 7th (Fri) to allow enough time to travel to Adelaide.
more less

To see photos, reviews, where to stay, and more tourist information, use the Adelaide online attractions planner.