You'll discover tucked-away gems like Baia di Ieranto and Monte Faito e Panorama. Appreciate the collections at Ceramiche d'Arte Carmela and Museobottega della Tarsialignea. Change things up with these side-trips from Positano: Museo della Carta (in Amalfi), Ravello (Ravello-Minori Walk, Duomo di Ravello, &more) and Villa Enrichetta (in Piano di Sorrento). There's much more to do: enjoy the sand and surf at Bagni d'Arienzo Beach Club, Positano, get outside with Walk of the Gods, take in the spiritual surroundings of Monastero di San Paolo, and pause for some serene contemplation at Cattedrale di Sorrento.

You can plan Positano trip in no time by asking Inspirock to help create your itinerary.

Lisbon, Portugal to Positano is an approximately 9-hour flight. You can also drive; or do a combination of train and taxi. The time zone difference when traveling from Lisbon to Positano is 1 hour. Traveling from Lisbon in August, plan for a bit warmer nights in Positano, with lows around °C. Wrap up your sightseeing on the 8th (Sat) to allow time to drive to Rome.
more less

To find reviews, more things to do, where to stay, and tourist information, refer to the Rome day trip planner.

You can drive from Positano to Rome in 3.5 hours. Other options are to do a combination of bus and train; or take a bus. In August, daily temperatures in Rome can reach °C, while at night they dip to °C. Cap off your sightseeing on the 16th (Sun) early enough to go by car to Assisi.
more less

Rich in culture and religious tradition, Assisi is known as the birthplace of St.

Do some cultural sightseeing at Centro Storico and Santuario di Rivotorto. Chiesa di Santa Maria Maggiore and Casa del Maestri Comacini will appeal to history buffs. And it doesn't end there: look for gifts at Assisi Jewels, get to know the fascinating history of Centro Storico di Assisi, delve into the distant past at Domus Romane di Assisi, and admire the striking features of Santa Maria sopra Minerva.

To see photos, traveler tips, more things to do, and other tourist information, go to the Assisi online trip maker.

Drive from Rome to Assisi in 2.5 hours. Alternatively, you can take a train; or take a bus. Traveling from Rome in August, plan for a bit cooler nights in Assisi, with lows around °C. Wrap up your sightseeing on the 20th (Thu) early enough to drive to Pisa.
more less

Things to do in Assisi

Spello
Highlights from your plan

Known worldwide for the Leaning Tower of Pisa, the city of Pisa historically served as a maritime power in the heart of Tuscany.

Museum-lovers will appreciate National Museum of Saint Mathew and Orto e Museo Botanico di Pisa. Eschew the tourist crowds and head to Chiesa di Santa Caterina d'Alessandria and Pisa Central Station. There's still lots to do: delve into the distant past at Arsenale, contemplate in the serene atmosphere at Chiesa di San Michele in Borgo, take in the architecture and atmosphere at Chiesa di Sant'Antonio Abate, and appreciate the extensive heritage of Centro storico.

You can drive from Assisi to Pisa in 3 hours. Other options are to take a train; or take a bus. In August in Pisa, expect temperatures between °C during the day and °C at night. Finish your sightseeing early on the 25th (Tue) to allow enough time to drive to Florence.
more less

Things to do in Pisa

Get some historical perspective at Church and Museum of Orsanmichele and Sinagoga di Firenze e Museo ebraico. Get a sense of the local culture at Corridoio Vasariano and Stibbert Museum. Next up on the itinerary: explore the different monuments and memorials at Florence American Cemetery and Memorial, contemplate in the serene atmosphere at Chiesa di Santa Maria del Carmine, see the interesting displays at Convento di San Francesco, and admire the masterpieces at Palazzo Strozzi.

Traveling by car from Pisa to Florence takes 1.5 hours. Alternatively, you can take a train; or take a bus. August in Florence sees daily highs of °C and lows of °C at night. Wrap up your sightseeing on the 2nd (Wed) early enough to drive to Venice.
more less

Do some cultural sightseeing at Chiesa dei Santi Geremia e Lucia and Ca' Pesaro Galleria Internazionale d'Arte Moderna. Deepen your sense of the past at sights like Chiesa San Simeon Piccolo and Chiesa di San Zaccaria. Next up on the itinerary: admire the masterpieces at Palazzo Fortuny (Pesaro degli Orfei), get to know the fascinating history of Via Garibaldi, admire the striking features of Ca' d'Oro, and take in the architecture and atmosphere at Chiesa di San Giacomo di Rialto.

Traveling by car from Florence to Venice takes 3 hours. Alternatively, you can take a train; or fly. September in Venice sees daily highs of °C and lows of °C at night. Cap off your sightseeing on the 10th (Thu) early enough to go by car to Verona.
more less 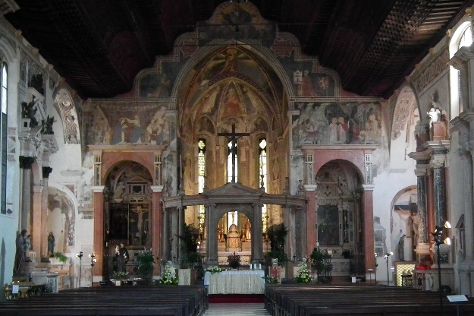 City of Romeo and Juliet

Visit San Fermo Maggiore, Verona and I Portoni della Bra for their historical value. You'll explore the less-touristy side of things at Giardino Giusti and The Church of Sant'Eufemia. The adventure continues: make a trip to Arche Scaligere, take in the architecture and atmosphere at chiesa di San Lorenzo - Verona, contemplate in the serene atmosphere at Chiesa di San Giorgio in Braida-Verona, and steep yourself in history at Arca di Cansignorio.

For photos, more things to do, other places to visit, and more tourist information, read Verona travel app.

You can drive from Venice to Verona in 1.5 hours. Alternatively, you can take a bus; or take a shuttle. In September, daytime highs in Verona are °C, while nighttime lows are °C. Finish your sightseeing early on the 17th (Thu) so you can drive to Cremona.
more less

Things to do in Verona

To see more things to do, where to stay, maps, and tourist information, go to the Cremona travel itinerary planner.

You can drive from Verona to Cremona in 1.5 hours. Other options are to take a shuttle; or take a train. In September in Cremona, expect temperatures between °C during the day and °C at night. Finish your sightseeing early on the 19th (Sat) so you can drive to Milan.
more less

Things to do in Cremona 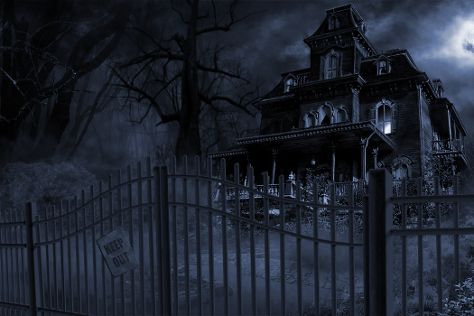 You can drive from Cremona to Milan in 1.5 hours. Alternatively, you can take a train. Expect a daytime high around °C in September, and nighttime lows around °C. Cap off your sightseeing on the 22nd (Tue) early enough to travel back home.
more less