You've now added Gallerie dell'Accademia to your itinerary. Start off your visit on the 18th (Fri): take a stroll through Cannaregio.

Montreal, Canada to Venice is an approximately 12-hour flight. Due to the time zone difference, you'll lose 6 hours traveling from Montreal to Venice. In May, daytime highs in Venice are 26°C, while nighttime lows are 15°C. Finish your sightseeing early on the 20th (Sun) to allow enough time to travel to Rome.
more less

We've included these beaches for you: V Lounge Beach Club and Point Break. Head to Via Condotti and Studio d'Arte "I Colori di Dentro" di Maria Grazia Luffarellifor plenty of shopping. Explore the numerous day-trip ideas around Rome: Oasi Naturista (in Lido di Ostia), Sabbianera Super Beach (in Anguillara Sabazia) and Acqua e Sale - Stabilimento Balneare (in Maccarese). Next up on the itinerary: admire the striking features of Pantheon, contemplate in the serene atmosphere at Vatican Museums, make a trip to Piazza Navona, and ponder the design of Trevi Fountain.

For where to stay, reviews, other places to visit, and other tourist information, you can read our Rome vacation planner.

Getting from Venice to Rome by flight takes about 3.5 hours. Other options: take a train; or drive. Expect a daytime high around 28°C in May, and nighttime lows around 16°C. Wrap up your sightseeing on the 11th (Mon) to allow time to take a train to Bolzano.
more less 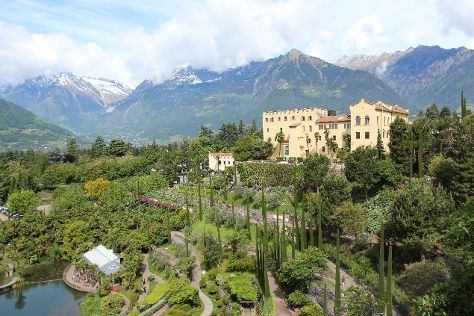 South Tyrol's capital, Bolzano, has been named the Italian city with the highest quality of life.

Start off your visit on the 12th (Tue): admire the natural beauty at Gardens of Trauttmansdorff Castle and then explore the historical opulence of Castel Thun. Here are some ideas for day two: take an in-depth tour of South Tyrol Museum of Archaeology, then relax and rejuvenate at some of the top local wellness centers, and then appreciate the extensive heritage of Merano Centro Storico.

To see other places to visit, maps, ratings, and more tourist information, refer to the Bolzano trip generator.

Traveling by train from Rome to Bolzano takes 4.5 hours. Alternatively, you can do a combination of flight and bus; or drive. Traveling from Rome in June, plan for slightly colder nights in Bolzano, with lows around 18°C. Finish your sightseeing early on the 14th (Thu) to allow enough time to drive to Turin.
more less

Things to do in Bolzano

Kick off your visit on the 14th (Thu): take in the spiritual surroundings of Basilica di Superga, see the interesting displays at National Cinema Museum, and then admire the landmark architecture of Palazzo Reale. Keep things going the next day: explore the world behind art at Egyptian Museum of Turin, browse the fresh offerings at Mercato di Porta Palazzo, then examine the collection at Museo Nazionale dell'Automobile, and finally make a trip to Piazza San Carlo.

You can drive from Bolzano to Turin in 4 hours. Other options are to take a train; or take a bus. Expect a daytime high around 30°C in June, and nighttime lows around 21°C. Finish your sightseeing early on the 16th (Sat) to allow enough time to drive to Stresa.
more less

Basilica of Superga
Highlights from your plan 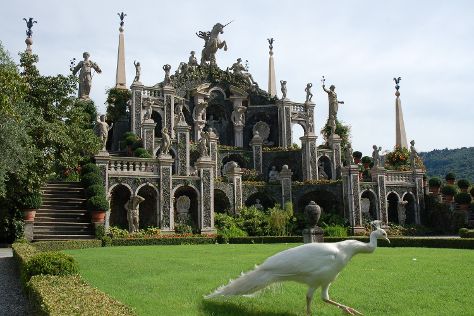 ©
Stresa is a town and comune of about 5,000 residents on the shores of Lake Maggiore in the province of Verbano-Cusio-Ossola in the Piedmont region of northern Italy, about 90km northwest of Milan. Start off your visit on the 16th (Sat): admire the landmark architecture of Palazzo Borromeo, then step into the grandiose world of Isola Bella, and then explore the activities along Lake Orta. Get ready for a full day of sightseeing on the next day: take in nature's colorful creations at Villa Taranto, get some fabulous bargains at Vicolungo The Style Outlets, and then examine the collection at Volandia Parco e Museo del Volo Malpensa.

To see more things to do, reviews, traveler tips, and other tourist information, read our Stresa travel itinerary planner.

Traveling by car from Turin to Stresa takes 1.5 hours. Alternatively, you can take a bus. Plan for little chillier nights when traveling from Turin in June since evenings lows in Stresa dip to 18°C. Finish your sightseeing early on the 18th (Mon) so you can drive to Tremezzina.
more less

Things to do in Stresa 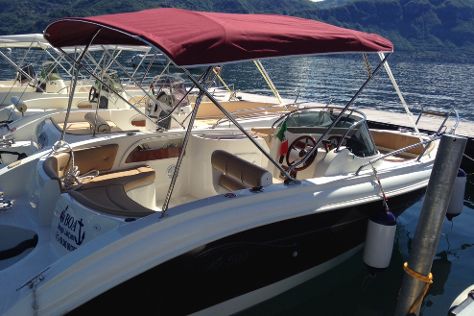 The majestic Villa Carlotta is among the most popular places to visit in Tremezzina, its neoclassical architecture complimenting the lush, neatly maintained gardens and charming walkways.

Start off your visit on the 18th (Mon): stop by Bellagioseta, then enjoy the sand and surf at Al Puunt-Snack Beach Bar, and then head outdoors with AC Boat. Get ready for a full day of sightseeing on the next day: take in nature's colorful creations at Villa del Balbianello, choose your vessel at Turati Centro Nautico Lario, and then take in nature's colorful creations at Villa Carlotta.

To see photos, other places to visit, ratings, and more tourist information, you can read our Tremezzina trip itinerary maker.

Things to do in Tremezzina 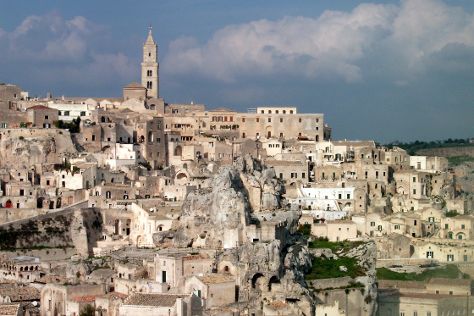 Famous for its resemblance to the ancient settlements of Jerusalem and Cappadocia, Matera remains one of the oldest inhabited cities in the world.

Start off your visit on the 21st (Thu): make a trip to FAI - Casa Noha, explore the fascinating underground world of Casa Grotta di Vico Solitario, then tour the pleasant surroundings at Sassi di Matera, and finally see the interesting displays at Sassi in Miniatura. On the 22nd (Fri), you'll have a packed day of sightseeing: make a trip to Palombaro Lungo, stroll through Parco della Murgia Materana, take in the spiritual surroundings of Church of Santa Maria de Idris, then explore the ancient world of Cripta del Peccato Originale, and finally steep yourself in history at Parco delle Chiese Rupestri di Matera.

For maps, other places to visit, ratings, and other tourist information, read Matera itinerary planner.

You can do a combination of bus, train, and flight from Tremezzina to Matera in 6.5 hours. Other options are to drive; or do a combination of ferry and train. In June in Matera, expect temperatures between 32°C during the day and 18°C at night. Wrap up your sightseeing on the 22nd (Fri) early enough to drive to Polignano a Mare.
more less

Things to do in Matera

©
Polignano a Mare is a town and comune in the Metropolitan City of Bari, Apulia, southern Italy, located on the Adriatic Sea. Start off your visit on the 23rd (Sat): contemplate the long history of Trullo Sovrano, then admire the landmark architecture of I Trulli di Alberobello - World Heritage Site, and then explore the fascinating underground world of Grotte di Castellana. On the next day, step into the grandiose world of Castello Aragonese, browse the exhibits of Masseria Brancati, and then look for gifts at Polignano a mare.

For traveler tips, other places to visit, photos, and more tourist information, you can read our Polignano a Mare travel planner.

Traveling by car from Matera to Polignano a Mare takes 1.5 hours. Alternatively, you can take a train; or take a bus. In June, daytime highs in Polignano a Mare are 32°C, while nighttime lows are 19°C. On the 25th (Mon), wrap the sightseeing up by early afternoon so you can travel back home.
more less

Things to do in Polignano a Mare