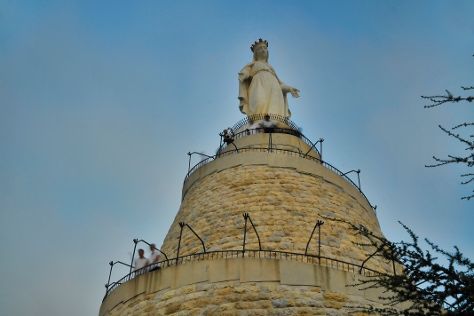 Escape the urban bustle at Bonita Bay and Off-Road & ATV Trails. Do some cultural sightseeing at Hamra Street and West Beirut, Hamra Area. Explore Beirut's surroundings by going to Saint John-Marc Cathedral (in Byblos) and Jeita Grotto (in Jitta). There's lots more to do: take a stroll through Beirut Souks, contemplate in the serene atmosphere at Churches of Harissa, don't miss a visit to The Corniche, and step into the grandiose world of The Crusader Castle.

For photos, more things to do, other places to visit, and more tourist information, use the Beirut vacation planner.

If you are flying in from Greece, the closest major airport is Beirut Rafic Hariri International Airport. October in Beirut sees daily highs of 33°C and lows of 24°C at night.
more less