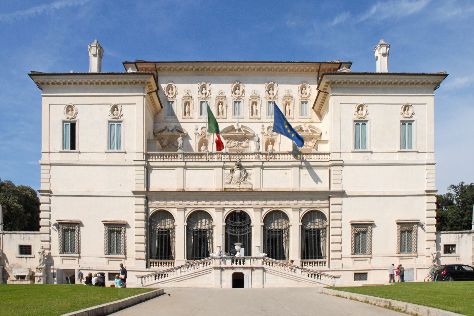 Shop till you drop at Via Condotti and Il Messaggio dell'Icona - Centro Russia Ecumenica. Your itinerary includes some good beach time at Bau Beach and El Pareo. Step out of Rome to go to Passo Oscuro and see Moai Beach, which is approximately 46 minutes away. There's still lots to do: explore the ancient world of Colosseum, contemplate the long history of Palatine Hill, pause for some serene contemplation at Basilica di Santa Maria degli Angeli e dei Martiri, and get engrossed in the history at Le Domus Romane di Palazzo Valentini.

If you are flying in from Turkey, the closest major aiports are Leonardo da Vinci–Fiumicino Airport, Ciampino–G. B. Pastine International Airport and Perugia San Francesco d'Assisi – Umbria International Airport. In August in Rome, expect temperatures between 38°C during the day and 24°C at night. Cap off your sightseeing on the 13th (Thu) early enough to travel back home.
more less