The cultural and economic hub of northern Norway, Tromso boasts a historical city center containing one of the highest concentrations of wooden houses in Europe.

Start off your visit on the 26th (Wed): surround yourself with nature on a nature and wildlife tour, sample the tasty concoctions at Graff Brygghus, then take in the spiritual surroundings of The Arctic Cathedral, and finally see the interesting displays at The Polar Museum (Polarmuseet). On your second day here, pause for some serene contemplation at Tromso Domkirke, sample the tasty concoctions at Macks Brewery (Macks Olbryggeri), take in the dramatic natural features at Tromso Fjords, then get up close and personal with brilliant marine life at Polaria, then kick back and relax at Telegrafbukta Beach, and finally get up close to creatures of the deep with a dolphin and whale watching tour.

To find reviews, where to stay, and tourist information, go to the Tromso journey planner.

Singapore, Singapore to Tromso is an approximately 21-hour flight. The time zone changes from Singapore Time to Central European Time, which is usually a -7 hour difference. Expect much colder temperatures when traveling from Singapore in February; daily highs in Tromso reach 0°C and lows reach -5°C. Finish your sightseeing early on the 27th (Thu) so you can travel to Longyearbyen.
more less

Things to do in Tromso

Snowmobile Safari Svalbard has been added to your itinerary. Get in touch with nature at Nature & Wildlife Tours and Magdalenefjord Svalbard. There's more to do: get outside with Spitzbergen Outdoor Activities and get a taste of the local shopping with Longyear 78 Outdoor & Expeditions.

To find where to stay, traveler tips, photos, and other tourist information, you can read our Longyearbyen trip planner .

Traveling by flight from Tromso to Longyearbyen takes 4 hours. Traveling from Tromso in February, expect Longyearbyen to be a bit cooler, temps between -6°C and -12°C. On the 1st (Sun), wrap the sightseeing up by early afternoon so you can travel to Tromso.
more less

Things to do in Longyearbyen

On the 1st (Sun), contemplate the long history of Skansen. Get ready for a full day of sightseeing on the 2nd (Mon): explore the activities along Grotfjord, snap pictures at Tromso Bridge, then view the masterpieces at Blast, then see the interesting displays at Tromsø Museum – Universitetsmuseet, and finally get a new perspective on things with Boat Tours & Water Sports.

To find where to stay, photos, reviews, and other tourist information, read our Tromso online itinerary planner .

Fly from Longyearbyen to Tromso in 4 hours. Traveling from Longyearbyen in March, things will get somewhat warmer in Tromso: highs are around 1°C and lows about -4°C. Wrap up your sightseeing on the 4th (Wed) to allow time to travel to Leknes.
more less

Things to do in Tromso 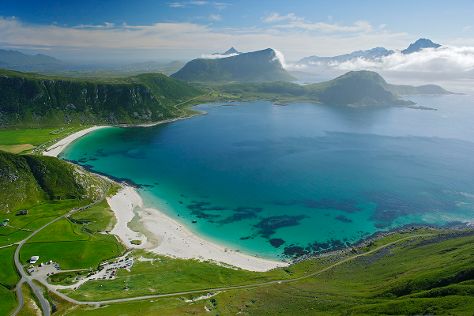 ©
Leknes is a town in Nordland county, Norway. On the 4th (Wed), appreciate the views at Himmeltinden, hike along Haukland Beach, enjoy the sand and surf at Uttakleiv Beach, step off the mainland to explore Lofoten Island, then take in the waterfront at Nusfjord Fishing Village, and finally take in the pleasant sights at Rambergstranda.

Getting from Tromso to Leknes by flight takes about 2.5 hours. Other options: drive; or do a combination of ferry and bus. In March in Leknes, expect temperatures between 3°C during the day and -1°C at night. Cap off your sightseeing on the 5th (Thu) early enough to travel to Bergen.
more less

Things to do in Leknes

Kick off your visit on the 11th (Wed): take in the awesome beauty at Mount Floyen and the Funicular, take an in-depth tour of Bryggens Museum, then see what you can catch with a fishing tour, then contemplate the long history of Troldhaugen Edvard Grieg Museum, and finally raise your glass at Magic Ice Bar Bergen.

To find reviews, other places to visit, traveler tips, and other tourist information, use the Bergen route planner.

Traveling by flight from Leknes to Bergen takes 5 hours. Alternatively, you can do a combination of bus and flight; or drive. In March, daytime highs in Bergen are 6°C, while nighttime lows are 0°C. Finish your sightseeing early on the 12th (Thu) so you can travel to Oslo.
more less 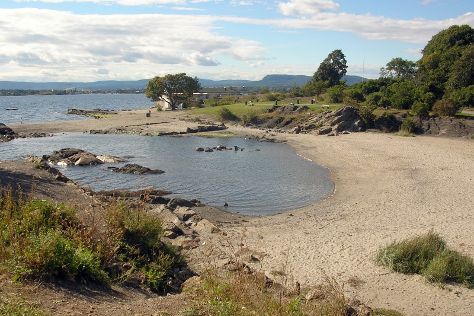 Kick off your visit on the 13th (Fri): wander the streets of Karl Johans gate. Keep things going the next day: kick back and relax at Soerenga Public Pool, see the interesting displays at Kon-Tiki Museum, take an in-depth tour of Fram Museum, stroll through Huk, then explore the world behind art at Vigeland Museum, and finally walk around Vigelandsparken.

To see more things to do, traveler tips, and more tourist information, refer to the Oslo online route maker .

You can fly from Bergen to Oslo in 3 hours. Other options are to do a combination of flight and train; or drive. Plan for slightly colder nights when traveling from Bergen in March since evenings lows in Oslo dip to -4°C. Wrap up your sightseeing on the 15th (Sun) to allow time to travel back home.
more less