The most populous Brazilian city not to be a state capital, Guarulhos has developed rapidly in recent years, and gained a reputation as a fun, modern, progressive city.

Curitiba to Guarulhos is an approximately 3.5-hour flight. You can also drive; or take a bus. In November, daytime highs in Guarulhos are °C, while nighttime lows are °C. You will leave for Paris on the 2nd (Fri).
more less

Things to do in Guarulhos

Your cultural itinerary includes sights like Eiffel Tower and Basilique du Sacre-Coeur de Montmartre. Visit Sainte-Chapelle and Pere-Lachaise Cemetery for their historical value. There's still lots to do: explore the world behind art at Musee d'Orsay, admire the striking features of Cathédrale Notre-Dame de Paris, steep yourself in history at Arc de Triomphe, and explore the different monuments and memorials at The Paris Catacombs.

Use the Route module to find suitable travel options from Guarulhos to Paris. The time zone difference moving from Brasilia Standard Time (BRT) to Central European Standard Time (CET) is 4 hours. In November, Paris is much colder than Guarulhos - with highs of °C and lows of °C. Finish your sightseeing early on the 6th (Tue) to allow enough time to drive to Clervaux.
more less

©
Clervaux is a commune and town in northern Luxembourg, administrative capital of the canton of Clervaux.The town's arms, granted in 1896, show three blackbirds on a gold ground in the chief of a red shield, as a variation of the arms of the former Lords of Clervaux.HistoryThe city was the site of heavy fighting during World War II, in the December 1944 Battle of Clervaux, part of the "Battle of the Bulge".Population, the town of Clervaux, which lies in the south-west of the commune, has a population of 1,309. Start off your visit on the 7th (Wed): explore the historical opulence of Vianden Castle, thendelve into the distant past at Bourscheid Castle, and then examine the collection at The Family of Man.

Getting from Paris to Clervaux by car takes about 4 hours. Other options: take a train; or fly. While traveling from Paris, expect a bit cooler days and about the same nights in Clervaux, ranging from highs of °C to lows of °C. Finish up your sightseeing early on the 7th (Wed) so you can go by car to Differdange.
more less

Things to do in Clervaux

©
The Family of Man 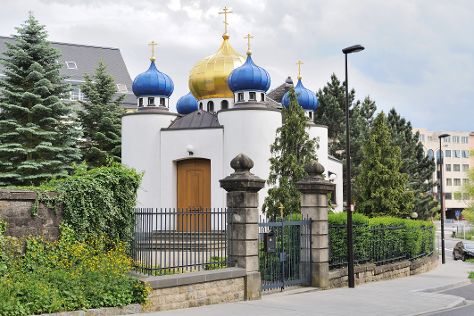 ©
Differdange is a commune with town status in south-western Luxembourg, west from the country's capital. Kick off your visit on the 8th (Thu): don't miss a visit to Blast Furnace Belval, explore the different monuments and memorials at Luxembourg American Cemetery Memorial, thendon't miss a visit to Casemates du Bock, and finally take in the architecture and atmosphere at St. Peter and Paul Church.

To see maps, reviews, where to stay, and tourist information, use the Differdange online tour planner.

Traveling by car from Clervaux to Differdange takes 1.5 hours. Alternatively, you can take a train; or take a bus. In November, daily temperatures in Differdange can reach °C, while at night they dip to °C. Finish up your sightseeing early on the 8th (Thu) so you can travel to Berlin.
more less

Things to do in Differdange 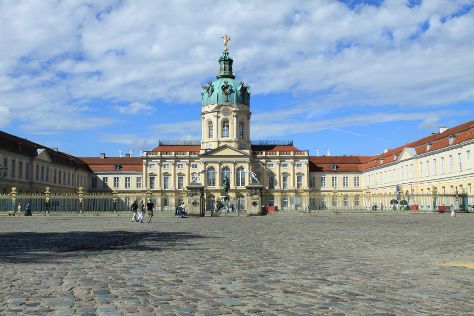 Athens of the Spree

The country's capital and largest city, Berlin is a diverse urban center boasting a lively nightlife and countless things to do.

Visit Memorial of the Berlin Wall and Wasserturm Prenzlauer Berg for their historical value. Get a sense of the local culture at Topography of Terror and Neues Museum. There's much more to do: steep yourself in history at East Side Gallery, admire the masterpieces at Pergamonmuseum, step into the grandiose world of Charlottenburg Palace, and observe the fascinating underwater world at Zoo Berlin.

For maps, more things to do, ratings, and other tourist information, go to the Berlin trip maker app.

The Route module can help you plan travel from Differdange to Berlin. Cap off your sightseeing on the 11th (Sun) early enough to travel to Rome.
more less

Things to do in Berlin

©
Memorial of the Berlin Wall

Vatican Museums and Museo Nazionale di Castel Sant'Angelo will appeal to museum buffs. Eschew the tourist crowds and head to Basilica Papale di Santa Maria Maggiore and Galleria Borghese. Step out of Rome with an excursion to Parco Archeologico di Ostia Antica in Ostia Antica--about 42 minutes away. The adventure continues: pause for some serene contemplation at Arcibasilica di San Giovanni in Laterano, contemplate the long history of St. Peter's Basilica, delve into the distant past at Colosseum, and admire the local landmark of Trevi Fountain.

To see reviews, other places to visit, and tourist information, refer to the Rome online visit planner.

You can fly from Berlin to Rome in 5.5 hours. Other options are to drive; or take a train. Expect a daytime high around °C in November, and nighttime lows around °C. Wrap up your sightseeing by early afternoon on the 18th (Sun) to allow enough time to travel back home.
more less